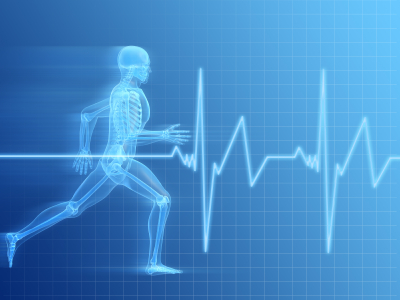 This may look like an epidemic, but it isn’t. Approximately 100 youth, high school, and collegeathletes die each year, more than half of them from a hidden cardiovascular problem. The recent string of deaths has renewed a hot debate among parents, coaches, and physicians: should the pre-sports checkup for competitive athletes include an electrocardiogram (ECG)?

On the pro side: Adding an ECG to the check-up will identify a few more athletes with potentially dangerous cardiac conditions. If a simple ECG can save lives, then it makes sense to do it.

On the con side: ECGs won’t detect all athletes at risk. In addition, they will mistakenly indicate that some perfectly healthy athletes have cardiac problems. The cost of adding ECGs to pre-sports check-ups is another barrier. As I write in the May 2010 Harvard Heart Letter, the American Heart Association estimates it would cost at least $2 billion a year.

Contradictory studies offer no clarity. A large study from Italy showed that adding ECGs saves lives, while a new one from Israel showed they make no difference.

As a parent of a basketball player and a dancer (one of my daughter’s tee-shirts says “If ballet was easier it would be called football,” and I believe it), I want every possible reassurance my children will be okay.

As a health writer, I know that we need to put our limited health care dollars to best use. Spending $2 billion on pre-sports ECGs to save 100 lives comes out to $20 million per life saved.

In the abstract, it’s easy to say that’s way too expensive, and we would be better putting this money into more cost-effective prevention and treatment strategies. But if one of those lives saved is one of my children, I’d pay it in a heartbeat.

And there’s the conundrum of modern (expensive) medicine—what’s good for the country and the health-care system isn’t always what’s best for the individual.