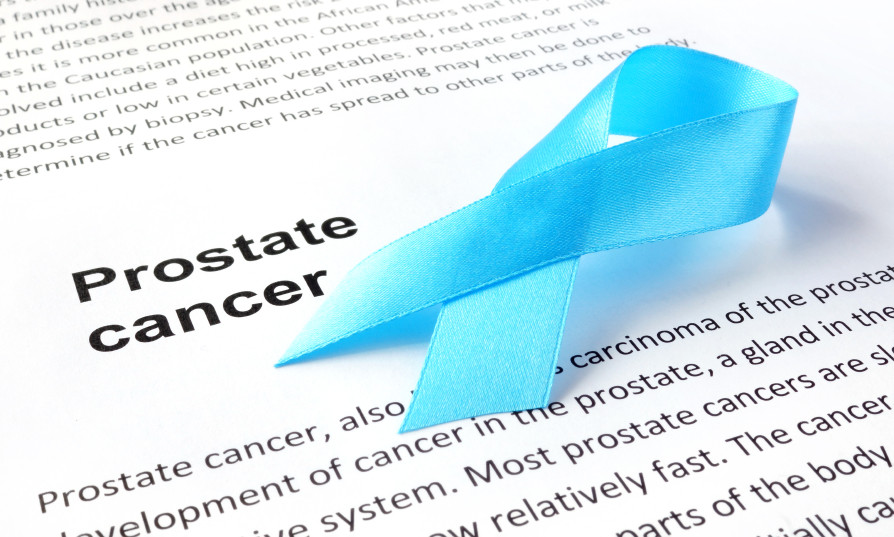 Though it was once reserved solely for treating prostate cancer that has spread, doctors now also combine hormonal therapy with radiation to treat locally advanced tumors that have not yet spread to more distant locations, such as the bones. Hormonal therapy reduces the chance that a tumor will progress or return, and it makes radiotherapy more effective at controlling prostate cancer. But it also causes side effects such as weight gain and bone loss, and the optimal duration of treatment remains an open question.

The latest study results are promising

Studies have consistently shown that the longer a man receives hormonal therapy, the better his chances for extended survival. Now, results from a phase 3 clinical trial suggest that men with locally advanced prostate cancer should get at least 2 years of additional hormonal therapy after finishing their initial combined treatment. “Our question was simply: is a short course or a long course of treatment better for the patient?” said Dr. Colleen Lawton, clinical director of radiation oncology at Milwaukee’s Medical College of Wisconsin, who led the research. “And we found that the survival benefits of long-term hormonal therapy outweigh the risks.”

The study, known as RTOG 9202, was launched in 1992. It enrolled approximately 1,500 men with cancer confined to both lobes of the prostate, or cancer that had spread into nearby tissues, such as the bladder. All the patients had prostate-specific antigen (PSA) levels lower than 150 nanograms per milliliter, and their Gleason scores — which describe the aggressiveness of a prostate tumor — ranged from 6 (not aggressive) to between 8 and 10 (highly aggressive). The participants’ ages ranged from 43 to 88, with a median of 70 years, and the vast majority of participants were white.

Lawton presented the results (which have not yet been published) last November at the annual meeting of the American Society for Radiation Oncology. The data show that after a median follow-up of 20 years, men who got the long-term treatment had a 40% lower risk of the cancer spreading and a 33% lower risk of dying from prostate cancer than the men who were given hormonal therapy for just 4 months. And in a subset analysis of men with the highest-risk prostate cancer, long-term hormonal therapy dropped the odds of metastasis and death from prostate cancer even further: by 48% and 45%, respectively.

According to Lawton, the side effects of the hormonal treatment were manageable with diet, weight-bearing exercise, and drugs that boost bone density. But she emphasized that researchers are still grappling with how to define long-term hormonal therapy. As an example, she mentioned that a different study of men with locally advanced prostate cancer presented at a medical meeting in 2013 had found that disease-specific survival rates were nearly identical whether hormonal therapy lasted 18 or 36 months.

“The duration of treatment for localized prostate cancer is complicated and controversial, especially with the known cardiovascular side effects of some types of hormonal therapy,” said Dr. Marc Garnick, the Gorman Brothers Professor of Medicine at Harvard Medical School and Beth Israel Deaconess Medical Center, and editor in chief of HarvardProstateKnowledge.org. “Few would argue with the view that for patients with high-risk features, such as high PSA and Gleason scores, longer is better. But we still need more clarity on the lower-risk patient populations.”

While these findings seem interesting, I’m a little surprised that they’re being presented as new.

My consultant at the Royal Free Hospital in London who in 2001 – when following the removal of my cancerous prostrate it was found not only that (contrary to the reading in the pre-operative biopsy) the cancer was grade 9 on the Gleason scale but also that, to judge from my PSA, some of it had survived in the margins – applied topical radiotherapy to the area, proposed following the course of radiotherapy with two years of hormone treatment. This was because, she said, the statistics showed such follow-up treatment to produce something like a 50% higher chance of success in obtaining 5+ years survival. She explained the possible side effects but advised that, with my (then) being a 62-year old who did a good bit of hard impact exercise such as hill walking, the benefits would be likely to outweigh the harm risked, and I agreed to the treatment. My PSA, tested first every three and then every six months because of the grade 9 Gleason reading, has been >0.03 ug/L since.

The conversation with my consultant took place, as I say, fifteen years ago. So I’m puzzled that, if analysis of the statistics on the benefits of hormone treatment for 2-years following topical radiotherapy to eradicate prostrate cancer, was well enough known then, it has taken till now for it to give rise to the study on which you’ve reported here.

Ladies and Gentlemen, I am 77 years old, have BR and Gleason score 4/4. My personal experience is the following. Not dying of prostate cancer may mask the statistics of dying of the side effects of hormonal therapy and living with a greatly decreased QOL, as it is usually abbreviated. My side effects were close to unbearable, with constant and increasing risk of pulling muscles and tendons when doing what I have been used to in terms of physical exercise. Now, I am still able to exercise, go hiking in mountains above 10,000 feet and regularly burn about 900 cal on an almost daily basis in the gym. I could not have done anything like that with continuing hormonal therapy. Obviously, this has been my personal decision and may not apply necessarily to everybody but I also do not need to take any medication whatsoever and feel good in terms of quality of life overall and go to work full-time simply because I like to do that and can do it.