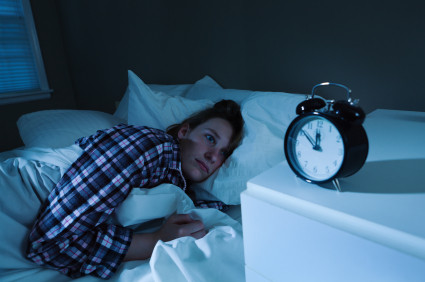 Bleary-eyed insomniacs know all too well that problems with sleep aren’t limited to nighttime hours. In fact, people who have trouble falling or staying asleep often feel crummy all day long.

Many people with insomnia turn to sleeping pills, which often have unwanted side effects. Few of them know about an equally effective therapy that targets the root cause of insomnia without medications. Called cognitive behavioral therapy for insomnia, or CBT-i, this short-term talk therapy teaches people to change the unproductive thinking patterns and habits that get in the way of a good night’s sleep. While this therapy can’t “cure” insomnia, it does give you the tools to better manage it.

In a review article in this week’s Annals of Internal Medicine, researchers combined data from 20 different trials of CBT-i involving more than 1,100 people with chronic insomnia. On average, people treated with CBT-i fell asleep almost 20 minutes faster and spent 30 fewer minutes awake during the night compared with people who didn’t undergo CBT-i.

These improvements are as good as, or better than, those seen in people who take prescription sleep medications such as zolpidem (Ambien) and eszopiclone (Lunesta). And unlike medications, the effects of CBT-i last even after the therapy ends—at least six months, according to one study.

Dr. Stephen Amira, a psychologist at Harvard-affiliated Brigham and Women’s Hospital who specializes in CBT-i, says that many of his patients have tried sleep medications in the past but are concerned about the side effects or worried about depending on them too much. “They’re looking for a natural intervention to give them control over their sleep without having to rely on medications,” he says.

What does CBT-i entail? Typically, you would meet with a therapist once a week for an hour, for six to eight weeks. You would complete a sleep diary and learn strategies to help you change the way you sleep.

One common recommendation from CBT-i is to get out of bed and do something relaxing if you don’t fall asleep within about 20 minutes of turning in. The idea is to associate your bed with relaxation and comfort, not frustration and worry.

Learning relaxation techniques such as mindfulness meditation (which may improve insomnia on its own, as I described in an earlier post) is another key part of CBT-i. Being able to evoke a relaxed state of mind is especially beneficial for insomnia sufferers because, as Dr. Amira points out, “sleep is one of the few things in life that gets harder rather than easier the more you work at it.”

People with insomnia also tend to become preoccupied with sleep and apprehensive about the consequences of poor sleep — a phenomenon dubbed “insomniaphobia” by Harvard sleep specialist Dr. John Winkelman. A therapist can help you replace negative thoughts (such as “I’ll be so tired, I’ll have a terrible day at work tomorrow!”) with more positive ones (“My job does not depend on how much sleep I get tonight”).

Most health insurance plans cover CBT-i, which falls under mental health coverage. There’s only one problem: not many therapists are trained in this specific type of talk therapy. Even in the medical mecca of Boston, only about five clinicians offer CBT-i.

You can find lists of certified specialists throughout the country from the American Board of Sleep Medicine and the Society for Behavioral Sleep Medicine. If face-to-face therapy isn’t an option, you can buy an online version of the technique. The best-studied program is called Sleep Healthy Using the Internet, or SHUTi (www.shuti.me). A government-funded study testing the effectiveness of SHUTi in people with insomnia — including those who also have other medical conditions — is currently in the works.

In US, Division-30 members of APA may also be contacted for hypnosis.

What about a glass of milk? I think one of effective method is listening to soothing music. Also establish a routine sleeping time to keep you body clock consistent. For people with autism, it’s more difficult but this tip also applies.

Good Information and Very Interesting for me
thanks

Good to see articles like this. There are more effective ways to overcome insomnia than by using pills. Hypnosis is the ideal way to improve both the quantity and quality of your sleep. You use your mind – not drugs. You will learn how to sleep. After all – who knows more about sleep than a hypnotist?

Yes, I do agree, Hypnosis is the best non-drug modality for it. TRY you will Thank indeed yourself and to John also.

Trouble in sleeping for 9/10 months. Tried Sleep Deprivation Therapy. Helped a bit – for a while. I tried chamomile tea, lavender spray, deep breathing, getting up to sit for a time, 5mg. melatonin tablets. I usually get sleeping around 11 p.m., wake around 2 a.m. and cannot get back to sleep for a long time. Someone told me to stop drinking seltzer water – she had read.in an AARP bulletin that this affected sleep. Any suggestion?

You can take use of Hypnotherapist. If in UK take a registered member of CNHC (Registered for Hypnotherapy Area) which is PSA Accredited for referral by GP also under prescribed GP Guidelines. If in US, please take help of any professional duly qualified and registered as per State Law(check at your end)

My grandfather said they had a cure for insomnia: HARD WORK. Try physical exercise if you are not a blacksmith.