An acoustic neuroma is a tumor in the part of the brain responsible for hearing and balance. While the symptoms can be bothersome, these tumors are not cancerous and they grow slowly, allowing time for consultation with specialists and treatment planning.

Over the past decade, research has revealed that the majority of patients treated for cancer experience difficulties with memory, attention, concentration, and thinking. There are several lifestyle actions that can help improve these symptoms, as well as certain medications. 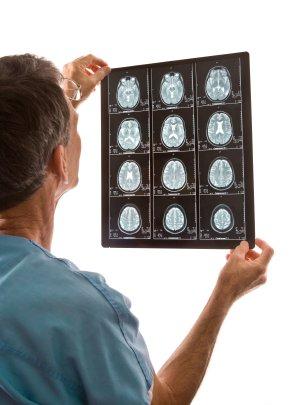 CT scans, MRIs, and PET scans are among the many advanced imaging options available to doctors and patients today. Although these tests have revolutionized medical care, they also come at a cost. But not only are these tests expensive — many of them expose patients to radiation, and all of them can reveal potential problems that turn out to be harmless, but require follow-up tests to be sure. Rather than have insurance companies act as gatekeeper, it may be more effective to have clinicians consult with imaging experts when deciding on which, if any, tests are necessary.

Here is a table that contains the many different radiation therapy options for prostate cancer. It includes who the ideal candidates are, recovery time, possible side effects, and the advantages/disadvantages for each.

Most men with advanced prostate cancer are at high risk for developing bone metastases, the process by which cancer spreads to and weakens the bones. A serious health and financial concern, bone metastases can lead to fractures, spinal cord compression, pain and a need for radiation therapy or bone surgery. These complications are referred to […]

It can be hard to understand what the release of radiation from Japan’s earthquake-damaged Fukushima Daiichi nuclear power plant means in terms of human health. Are the radiation levels dangerous and, if so, how dangerous. Most reporters put the risk into perspective using words. Cartoonist Randall Munroe and nuclear reactor operator Ellen McManis have put together different ways of illustrating the risk visually, while radio producer Adam Ragusea offers an audio illustration of various radiation exposures.

Minutes after I posted my article today about radiation from the damaged Fukushima Daiichi nuclear power plant not reaching the United States in harmful amounts, I heard a news report about iodine-131 from the plant being detected in rainwater in Massachusetts. Iodine-131 is a radioactive form of iodine. It’s a byproduct of the reaction that […]