The Harvard Health blog is taking an end-of-summer break. It will begin publishing again after Labor Day. Thanks to everyone who makes the blog possible, from our loyal readers and visitors from around the world to our contributors. See you in September! 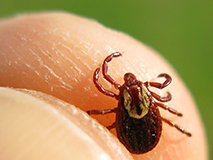 More than 17,000 American youths end up in emergency departments each year with injuries from a falling television set. Two-thirds of them are under age 5, according to a report published online today in the journal Pediatrics. From 1996 to 2011, nearly 400,000 children under 18 years old were treated in emergency departments for TV-related injuries. In 1996, most of the injuries occurred when kids ran into television sets. By 2011, injuries from falling TVs dominated. The rate of TVs falling from dressers, bureaus, chests of drawers, and armoires nearly quadrupled. The authors of the study suggest that adding TVs to the list of furniture types that come with anti-tip devices “would be an important step in decreasing the number of injuries resulting from falling TVs.”

An old, aspirin-like drug called salsalate could help control blood sugar in people with type 2 diabetes. In the TINSAL-T2D trial, 286 volunteers took pills containing either salsalate or a placebo for nearly a year. Over the course of the trial, those in the salsalate group had lower blood sugar levels, and some were even able to reduce dosages of other diabetes medications they were taking. Experts aren’t exactly sure how salsalate helps control blood sugar, but its effectiveness supports the idea that inflammation plays a role in type 2 diabetes. Although the results are promising, what we really need to know about salsalate (or any new or repurposed drug) is how its long-term benefits and risks stack up against each other. The trial was too small and too short to determine those risks. According to the researchers, such “outcomes require continued evaluation before salsalate can be recommended for widespread use” by people with type 2 diabetes.

Summer’s heat is as predictable as winter’s chill. Heat-related illnesses—and even deaths—are also predictable. But they aren’t inevitable. In fact, most are preventable. Most healthy people tolerate the heat without missing a beat. It’s not so easy for people with damaged or weakened hearts, or for older people whose bodies don’t respond as readily to stress as they once did. There are three different levels of heart-related illness: heat cramps, heat exhaustion, and heat stroke. Some simple choices can help you weather the weather. Drinking water and other hydrating fluids is essential. Putting off exercise or other physical activity until things cool down also helps. Chilled air is the best way to beat the heat. Sticking with smaller meals that don’t overload the stomach can also help.

Depression, bipolar disorder, and other mental health problems arise when something goes wrong with brain function. What causes that malfunction is an open question. A new study from Denmark suggests that a serious infection or autoimmune disease could trigger a mood disorder. How might an infection or autoimmune disorder lead to a mood or other mental health disorder? Infection causes localized and body-wide inflammation. Inflammation generates substances called cytokines that have been shown to change how brain cells communicate. In autoimmune diseases, the body’s defense system attacks healthy tissues rather than threatening invaders. It’s possible that in some cases the wayward immune reaction could target brain cells and other nerve cells throughout the body.

During visits with your doctors or other health care providers, do you speak up and ask questions? If the answer is “yes,” congratulations. You’ve taken an important step to getting the most out of your health care visits. You’re also in the minority. Most people have trouble asking their doctors questions. It can be even harder to disagree with your doctor, or make known your preferences for care and even your worries. There are many reasons for poor patient-doctor communication. One is what Timothy J. Judson and colleagues call the asymmetry of power. Medical lingo is another key barrier. The federal Agency for Healthcare Research and Quality’s “Questions to Ask Your Doctor” campaign and the Joint Commission’s “Speak Up Initiatives” offer free information to help people ask the sometimes difficult questions needed for good health care.

“Floaters” and flashes are a common sight for many people. Floater is a catchall term for the specks, threads, or cobweb-like images that occasionally drift across the line of vision. Flashes are sparks or strands of light that flicker across the visual field. Both are usually harmless. But they can be a warning sign of trouble in the eye, especially when they suddenly appear or become more plentiful. That can be the sign of a tear in the retina, the patch of light-sensitive cells along the back of the eye that captures images and sends them to the brain. A retinal tear can lead to a retinal detachment, which can lead to permanent vision loss. 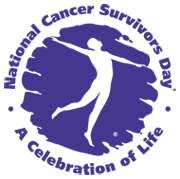