Anthony Komaroff is the Steven P. Simcox/Patrick A. Clifford/James H. Higby Professor of Medicine at Harvard Medical School, senior physician at Brigham and Women's Hospital in Boston, and editor in chief of the Harvard Health Letter. He was director of the Division of General Medicine and Primary Care at Brigham and Women's Hospital for 15 years, and is the founding editor of Journal Watch, a summary medical information newsletter for physicians published by the Massachusetts Medical Society/New England Journal of Medicine. 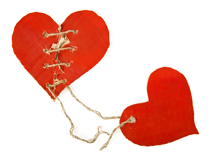 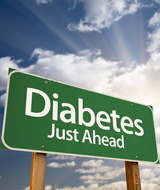 Type 2 diabetes doesn’t usually appear all of a sudden. Many people have a long, slow, invisible lead-in to it called prediabetes. During this period, blood sugar levels are higher than normal. However, they’re not high enough to cause symptoms or to be classified as diabetes. It’s still possible at this stage to prevent the slide into full-blown diabetes. Think of prediabetes as a wake-up call. Unfortunately, few people ever hear the alarm. A new report from the Centers for Disease Control and Prevention shows that among Americans age 20 and older, only 10% of those with prediabetes know they have it. Given that as many as 73 million Americans have prediabetes, that’s a lot of missed opportunities to prevent the ravages of diabetes. One reason many people don’t know that they may be headed toward diabetes is they’ve never had their blood sugar tested. This simple test isn’t part of routine preventive care, but perhaps it should be.

The results of a new trial being made public today should get everyone interested in following a Mediterranean-style diet. What makes these new results so important is that they come from a randomized controlled trial, what many consider to be the gold standard of medical research. In the five-year trial, there were fewer heart attacks, strokes, and deaths from cardiovascular disease among participants who followed a Mediterranean-type diet than among those following a low-fat diet. A Mediterranean-style approach to food represents a diet of abundance, not restriction. Add not smoking and daily physical activity to this flexible eating strategy and you have a blueprint for protecting, and perhaps even improving, health.

The gun control proposals that President Barack Obama unveiled yesterday highlight the intensely personal nature of this issue. What often gets lost in the debate is the public health dimension of firearm possession. In 2011, the last year for which we have complete statistics, 32,163 American men, women, and children were killed by firearms. Since 2000, the running total is more than 400,000. That’s a staggering loss of life. A few are accidents, some are suicides, and about one-third are homicides. One way to sidestep the contentious debate over gun control would be to focus more effort on preventing gun violence. In a compelling article, three Harvard-affiliated researchers make the case for approaching gun violence as we have tackled other serious public health issues. Writing in JAMA, Drs. Dariush Mozaffarian, David Hemenway, and David Ludwig summarize lessons learned from successful efforts at reducing deaths from smoking, motor vehicle accidents, and poisoning and suggest ways to apply similar approaches to stemming gun violence. By talking about gun violence as a public health issue, and treating it that way, we may be able to save thousands of lives that are now needlessly lost each year. 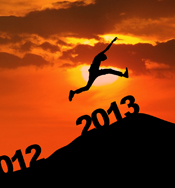 At the stroke of midnight tonight we ring out the “old” year and begin a new one. For many people, the transition is a symbolic new start, a time to improve health or make other changes. If you are among the millions making a New Year’s resolution or striving to make improve your health in […]

Sometimes, the Nobel Prize in Physiology or Medicine is awarded for a discovery or invention that already is improving the practice of medicine and saving lives. Sometimes it is awarded for very basic research that might someday affect medical practice and human health. Such is the case with this year’s Nobel Prize in Physiology or Medicine, which was awarded to Sir John Gurdon of Great Britain and Dr. Shinya Yamanaka. If I had to put into one sentence the message of today’s Prize, it would be this: our cells are a lot smarter and more flexible than we once imagined, and capitalizing on that fact could greatly improve the treatment of many human diseases. The work of Gurdon and Yamanaka led the way to today’s work on stem cells, which could someday be used to treat human diseases. The 2012 Nobel Prize in Medicine, like many before it, demonstrates that people with the curiosity and courage to ask what appear to be ridiculous questions, and a society that supports their work, can change our world for the better. 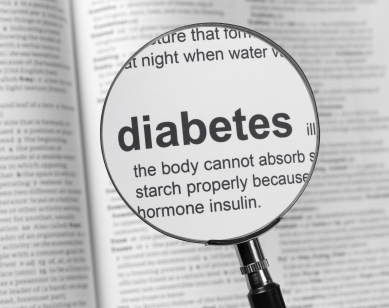