To screen or not to screen for prostate cancer? This remains an important question. Screening relies on a highly imperfect measure, the prostate-specific antigen (PSA) blood test, which is prone to false-positive results. And with mounting evidence that survival benefits from screening pale in comparison with the harms from overtreatment — particularly incontinence and impotence […]

For men diagnosed with aggressive cancer that’s confined to the prostate and nearby tissues, the overarching goal of treatment is to keep the disease from spreading (or metastasizing) in the body. Doctors can treat these men with localized therapies, such as surgery and different types of radiation that target the prostate directly. And they can […]

What is Suboxone and how does it work? Suboxone, a combination medication containing buprenorphine and naloxone, is one of the main medications used for medication-assisted therapy (MAT) for opiate addiction. Use of MATs has been shown to lower the risk of fatal overdoses by approximately 50%. Suboxone works by tightly binding to the same receptors […] 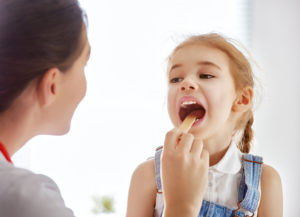 While tonsillectomies are still common, the number performed has decreased significantly over the past half-century due to the likelihood of complications after surgery. But there are situations when a tonsillectomy is definitely necessary, so it’s important to consider the risks and benefits before making the decision.

Almost a decade ago, after exhausting treatment options for lung cancer, Linnea Olson was given only a few months to live. But her participation in an early clinical trial — targeting a then newly identified mutation associated with lung cancer — produced an amazing response. Living with what remains a terminal illness, Linnea is embracing new personal goals, experiencing a creative renewal, and appreciating every moment.

Growing older can bring feelings of a loss of self, but making the effort to create a record of your life can be a therapeutic pursuit, and can also be welcomed and appreciated by other family members.

While certain groups of people, and those who have certain conditions, can benefit from taking vitamins or supplements, most people will do better obtaining the nutrients they need from eating a health, balanced diet.

Men whose PSA levels continue rising even after surgery or radiation therapy may have a new treatment option with the approval of the drug apalutamide.

Paying closer attention to diet is important for people with anxiety. Making dietary changes in favor of a balanced diet that emphasizes whole, unprocessed foods and minimizes added sugars helps smooth out the highs and lows that can contribute to anxiety.

Aside from the more common behavioral indicators that a person may be depressed, there are several other changes in behavior that can be signs of depression in children and teens. If you notice any of these, consult a doctor or a mental health professional for advice.