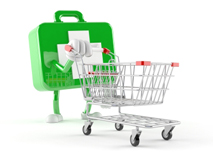 As wait times to see a doctor for simple problems like sinusitis and urinary tract infection lengthen, more and more Americans are turning to retail health clinics—walk-in medical facilities located in pharmacies, grocery stores, and retailers such as Wal-Mart and Target. The number of visits to such clinics quadrupled from 1.48 million in 2007 to 5.97 million in 2009, according to a study published in the journal Health Affairs, and topped 10 million last year. Convenience is driving this migration to retail health clinics, since you can walk into a retail health clinic without an appointment, and many are open nights and weekends. Although most retail clinics focus on immunizations and common ailments such as strep throat and sinus infections, some are beginning to manage chronic conditions such as high blood pressure, diabetes, high cholesterol, and asthma.

Most reputable companies that provide services tell you what you’ll get for your money. Hospitals are an exception. They haven’t traditionally made public the cost of operations and other procedures. This secrecy has let hospitals set widely different prices for the same procedure. It’s also made it impossible to do any comparison shopping. Yesterday’s release to the public of a once very private database shows just how big the differences can be from hospital to hospital. The database, released by the Centers for Medicare and Medicaid Services, details what 3,300 hospitals charged for the 100 most common treatments and procedures in 2011. It data reinforce the big differences in charges from one part of the U.S. to another. What’s new and surprising are the huge differences sometimes seen between hospitals in the same city, or even the same neighborhood.

New Jersey Governor Chris Christie’s revelation yesterday that he had secretly undergone weight-loss surgery back in February shouldn’t come as a big surprise. He has been publicly (and privately) struggling with his weight for years and fits the profile of a good candidate for this kind of operation. In general, weight-loss surgery is appropriate for people with a body mass index (BMI) of 40 or higher, as well as for those with a BMI of 35 to 39.9 and a severe, treatment-resistant medical condition such as diabetes, heart disease, and sleep apnea, who had tried to lose weight other ways. Christie had a BMI of at least 41. He also acknowledged trying to lose weight many times, using different weight loss programs. He underwent laparoscopic gastric banding, also known as lap banding. There are also two other types of weight-loss surgery, gastric bypass and the gastric sleeve procedure. 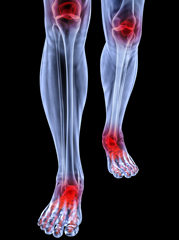 When pain strikes, it’s human nature to avoid doing things that aggravate it. That’s certainly the case for people with arthritis, many of whom tend to avoid exercise when a hip, knee, ankle or other joint hurts. Although that strategy seems to make sense, it may harm more than help. Taking a walk on most days of the week can actually ease arthritis pain and improve other symptoms. It’s also good for the heart, brain, and every other part of the body. Yet a new survey from the Centers for Disease Control and Prevention shows that more than half of people with arthritis don’t walk at all for exercise, and only 23% meet the current recommendation for activity—walking for at least 150 minutes a week. Walking is good exercise for people with arthritis, but it isn’t the only one. A review of the benefits of exercise for people with osteoarthritis (the most common form of arthritis) found that strength training, water-based exercise, and balance therapy were the most helpful for reducing pain and improving function.

Adding more protein to the diet and cutting back on carbohydrates, especially highly processed carbs, is an eating strategy adopted by a growing number of people. A new study in the Journal of Nutrition Education and Behavior found that 43% of women surveyed are using the practice of eating more protein to prevent weight gain, and this strategy was associated with weight loss. It isn’t necessary to eliminate all carbohydrates and focus only on protein. Such an eating strategy may have a short-term payoff for weight loss, but it may also come with some long-term risks. Tips for getting a healthful mix of nutrients include adding the healthful trio of fat, fiber, and protein to each meal; avoiding highly processed foods; and choosing the most healthful sources of protein, such as fish, poultry, eggs, beans, legumes, nuts, tofu, and low-fat or non-fat dairy products.