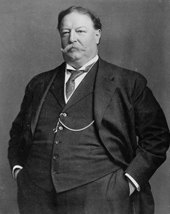 William Howard Taft was America’s heaviest president. He would have preferred being seen and remembered for something else, and took steps to lose weight. Taft’s story of weight loss and regain, described in today’s Annals of Internal Medicine, sounds completely familiar today, more than 100 years later. Using correspondence and archival sources, Deborah Levine, an assistant professor at Providence College in Rhode Island, tells the story of Taft’s struggles with his weight. In 1905, with the help of a British physician, Taft went from 314 pounds to 255. He was pleased with his accomplishment. But three years later, when Taft was inaugurated as the nation’s 27th President, he tipped the scales at 354 pounds. His story and struggle with weight are no different than what many people experience today.

Radical prostatectomy changes the experience of orgasm. But it doesn’t need to be any less pleasurable or satisfying, says Dr. Ravi Kacker, a urologist and fellow in male sexual medicine at Harvard-affiliated Beth Israel Deaconess Medical Center. 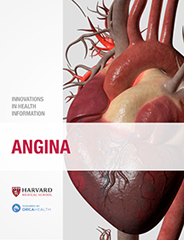 The ability of today’s electronic books to display videos, images explained by a spoken voice, animations, interactive tools, and quizzes gives doctors new ways of explaining things. Harvard Health Publishing and Orca Health have created a series of ten interactive iBooks focused on heart disease. Currently, these are available only as iBooks. Need to know what happens in the heart when a heart attack is underway, how doctors open up cholesterol-clogged arteries, or how to cope with the irregular heart rhythm known as atrial fibrillation? The answers are in these iBooks. They let users view the heart in ways and detail they’ve never seen before to learn about common heart conditions and procedures. 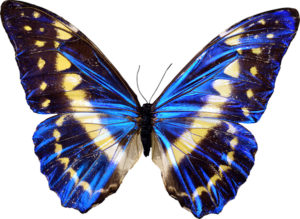 A slowdown in the output of the thyroid gland can cause many problems, ranging from extreme fatigue and depression to intolerance to cold, weight gain, dry skin, and dry hair. Millions of Americans have an underactive thyroid, a condition known as hypothyroidism. The symptoms can usually be controlled with a daily dose of synthetic thyroid hormone called levothyroxine. Who actually benefits from taking levothyroxine is being called into question. New evidence suggests that many people with borderline hypothyroidism may be taking this medication unnecessarily.

If you’ve ever had a kidney stone, you surely remember it. The pain can be unbearable, coming in waves until the tiny stone passes through your urinary plumbing and out of the body. For many, kidney stones aren’t a one-time thing: in about half of people who have had one, another appears within seven years without preventive measures. Preventing kidney stones isn’t complicated but it does take some determination. Prevention efforts include drinking plenty of water, getting enough calcium from food, cutting back on salt (sodium), limiting animal protein, and avoiding stone-forming foods like beets, chocolate, spinach, rhubarb, tea, and others.

Having obstructive sleep apnea puts you at risk for a number of conditions, including high blood pressure and stroke. New guidelines from the American College of Physicians (ACP) emphasize lifestyle modifications for treating obstructive sleep apnea to prevent those conditions. The guidelines don’t offer any radical treatment updates, but they do reinforce the effectiveness of tried and true therapies. The first recommendation is weight loss for people who are overweight and obese. The link between excess weight and sleep apnea is well established. The second recommendation is using continuous positive airway pressure, or CPAP. This is typically the first-line treatment because weight loss can be so hard to achieve.

Women with early-stage HER-2 positive breast cancer may benefit by taking a drug called pertuzumab (Perjeta) before undergoing breast surgery. By shrinking breast tumors before surgery, the drug is expected to lead to less invasive operations and a greater chance of a cure. Perjeta was initially approved in 2012 to treat late-stage breast cancer that had spread to other parts of the body. Yesterday the FDA approved it for pre-surgery use. Keep in mind that the use of Perjeta before surgery has only been approved for women with HER-2 positive breast cancer. In this form of the disease, which affects accounts for one in five cases of breast cancer, the malignant cells overproduce something called human epidermal growth factor receptor-2. Such tumor cells tend to be more aggressive than other types of breast cancer cells.