Do you have unused or expired medications that you don’t know what to do with? Here’s a smart, safe, environmentally friendly solution: take part tomorrow (Saturday, September 29, 2012) in the fifth National Prescription Drug Take-Back Event, coordinated by the federal Drug Enforcement Administration (DEA). Between 10:00 am and 2:00 pm you can hand over old prescription and over-the-counter drugs at one of more than 5,000 sites across the country. During last spring’s take-back, the participating police stations, hospitals, and other sites collected more than 552,161 pounds of drugs. If you miss this fall’s take-back program, and need to clean out your medicine cabinet now, the FDA recommends taking it out of its original container, mixing it with used coffee grounds, kitty litter, or dirt, putting this unappetizing blend in a plastic container with a tight-fitting lid or in a sealable plastic bag, and placing the container or bag into your regular garbage.

The sleep-robbing condition known as restless legs syndrome (RLS) raises the risk of heart disease in older women about as much as smoking and obesity, according to a new Harvard-based study published online in the journal Circulation. The key sign of RLS is an irresistible urge to move the legs, often accompanied by an uncomfortable “creepy-crawly” sensation. It affects about 2% of adults and is twice as common in women as in men. Symptoms typically flare as people settle into bed, but may also arise when simply resting in a chair or sitting at a desk. Most people with RLS also experience periodic jerking leg motions during sleep. Uncovering this link could help people with RLS pay better attention to their cardiovascular health and potentially ward off a heart attack, stroke, or other cardiovascular condition. 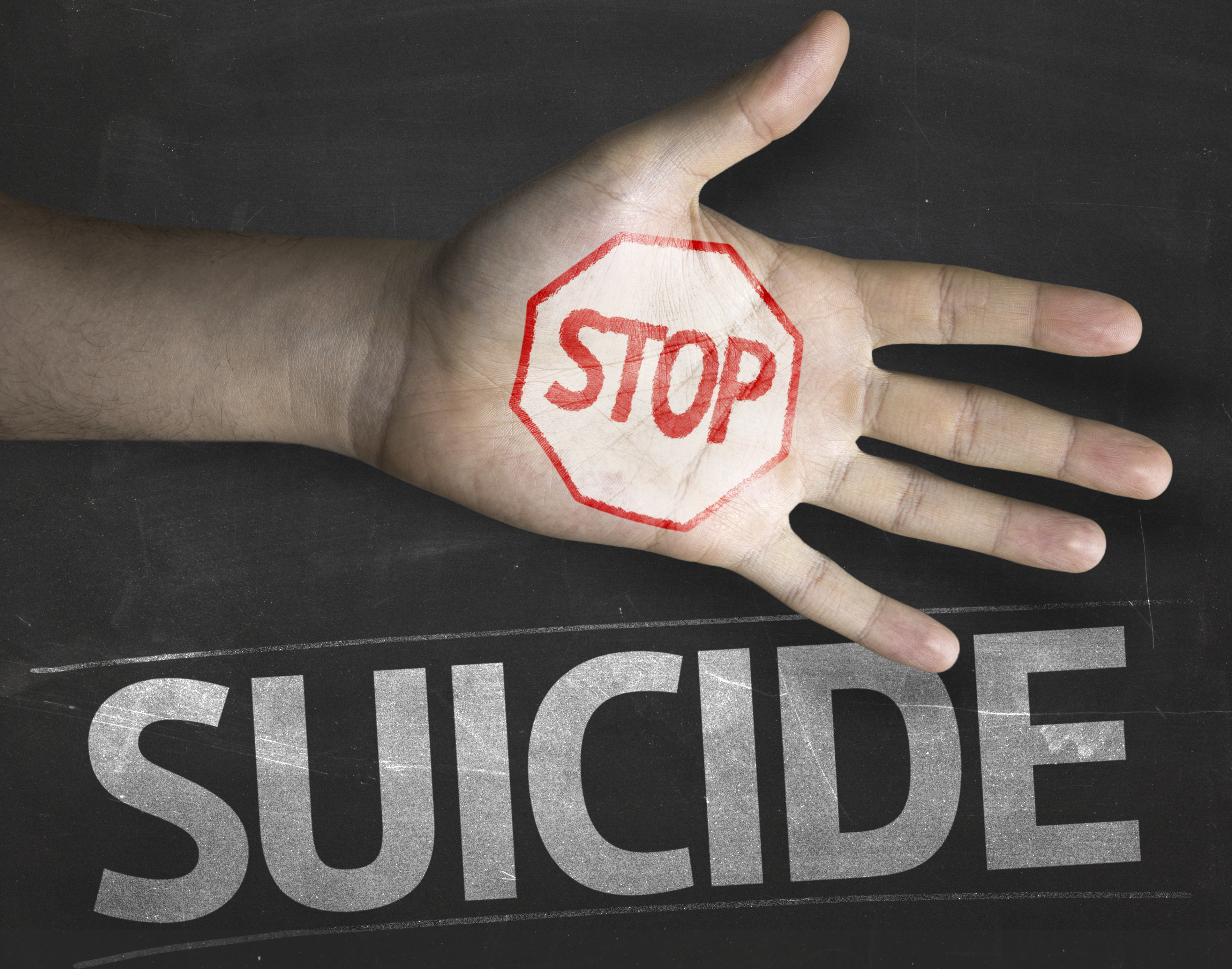 A close friend of one of my colleagues committed suicide last week. It happened as so many suicides do—out of the blue. A few days earlier, my colleague had spent the day hanging out with her friend, who was relaxed, upbeat, and normal. Sadly, that’s not uncommon. Many people who commit suicide don’t have an identifiable mental health problem, or give any hints that they are thinking about taking their lives. Every suicide, like every person, is different. Many are sparked by intense feelings of anger, despair, hopelessness, or panic. Suicide almost always raises anguished questions among family members and friends left behind: What did I miss? What could I have done? In my friend’s case, the answers are nothing and nothing. When individuals suddenly take their own lives with no warning, all we can do is look to each other for support. It may be natural to ask, “What did I miss?” But we should remind ourselves what experts say: This kind of death defies prediction.

It’s natural to assume that all OTC drugs are safe for just about everyone. But that’s a mistake. A recent report in JAMA by Harvard-affiliated physicians found that when a prescription drug moves to OTC status, balanced advertising tends to fly out the window. Of the four drugs randomly selected for the study—omeprazole (Prilosec, Nexium), orlistat (Alli), loratadine (Claritin), and cetirizine (Zyrtec), only Alli mentioned any potential harmful effects at all. One reason for this is that the Food and Drug Administration (FDA), which oversees the advertising of prescription drugs, insists that every side effect and interaction found in clinical trials of the medication be included in every ad. But OTC advertising is overseen by the Federal Trade Commission, which requires only that ads meet a “reasonable consumer” standard of truthfulness. Does this mean drugs should not be sold OTC? Of course not. But you can avoid potential pitfalls by asking a pharmacist whether the drug is okay for you to take.

For years researchers have been trying to weigh the benefits of finding early breast cancers against the risks related to false positives (the spots that turn out to be harmless). This work has sparked some bitter public debates and confusion for women over flip-flopping recommendations. The latest salvo comes from a review of the results of mammograms among more than 12 million women in 18 European countries. The results support the idea that routine mammograms can prevent deaths from breast cancer without causing undue harm. The findings support the U.S. Preventive Services Task Force’s recommendation that women between the ages of 50 and 74 have a mammogram every other year. Women at higher risk of developing breast cancer may need mammograms earlier than age 50, or more often than every other year.

Bicycling is a terrific way to get from one place to another. It’s also an excellent form of exercise. Some men and women avoid bicycling, though, because they worry that it may damage their reproductive organs and harm their sexual function. This mainly happens to people who cycle a lot. And it isn’t inevitable. One problem is the design of many bicycle seats, which put pressure on the perineum, a region of the body that runs from the anus to the sex organs. It contains the nerves and arteries that supply the penis in men and the clitoris and labia in women. You don’t have to give up biking to preserve your sexual function. Take a few simple precautions, like picking a wider seat, and shifting your position and taking breaks during long rides. These precautions will ensure that your passion for exercise doesn’t interfere with your passion in the bedroom.

Most people don’t think twice about taking Motrin, Advil, Aleve, or similar over-the-counter painkillers. A new study suggests that heart attack survivors should use these drugs, known as nonsteroidal anti-inflammatory drugs (NSAIDs), as little as possible. A team of Danish researchers found that among heart attack survivors, those who used an NSAID were about 60% more likely to have died during each year of the five-year study than those who didn’t use an NSAID. Of all the NSAIDs, diclofenac (Cataflam, Voltaren, generic) was linked to the largest increases in death or heart attack rates, while naproxen (Naprosyn, Aleve, generic) appeared to carry the lowest risk. The lower risk with naproxen confirms what has been seen in older studies. If you have heart disease and need pain relief, try acetaminophen first. If you need an NSAID, naproxen is probably the best choice for your heart. But whatever you and your doctor decide is best for you, use the lowest dose possible for the shortest period of time. 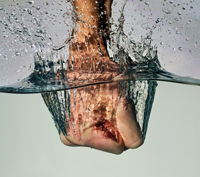 A friend once asked me about his son, who was about to turn 20. As a teenager, the boy had a quick temper. But now, on the brink of adulthood, the young man seemed to be getting worse. When a teen gets angrier as time goes by, it is a cause for concern. A 19-year-old is no longer a child, but neither is he or she a fully-fledged adult. This in-between state can extend well into the twenties. Some human development researchers have begun to call it “emerging adulthood.” No matter this stage is called, it presents a tricky time for parents and their children. Emerging adults must decide how much help they want or are willing to accept from their parents or anyone else. At the same time, parents must decide how much help it is reasonable to give.

How’s this for a mind-bender: Lou Gehrig may not have had Lou Gehrig’s disease. Instead, the disease that ended his life may have been chronic traumatic encephalopathy (CTE). This brain disease is caused by repeated concussions—Gehrig sustained at least four during his baseball career—or other head injuries. It can cause symptoms very similar to those of amyotrophic lateral sclerosis (ALS), now commonly called Lou Gehrig’s disease. More evidence of a connection between CTE and ALS comes from a new study of almost 3,500 retired professional football players, all of whom had played for at least five years in the National Football League. Among the 334 who died during the course of the study, the risk of death from Alzheimer’s disease or ALS was nearly four times higher than expected. Players who manned a “speed” position (such as quarterbacks or receivers) had a risk of dying from Alzheimer’s disease or ALS that was more than three times higher than those playing “non-speed” positions (such as linemen).