A new book from First Lady Michelle Obama, “American Grown: The Story of the White House Kitchen Garden and Gardens Across America,” details the challenges and joys the First Lady has experienced with her now-famous White House garden. It also looks at community gardens all across America, and how they can improve health. The book contains helpful hints for starting your own vegetable garden, as well as a school or community garden. This effort dovetails with Mrs. Obama’s “Let’s Move” initiative. In addition to getting more physical activity, so the thinking goes, eating more food harvested from the ground and less from packages can help kids — and adults — become healthy or stay that way. The health benefits of growing your own food range from helping you eat more fresh fruits and vegetables to deciding what kinds of fertilizers and pesticides come in contact with your food. 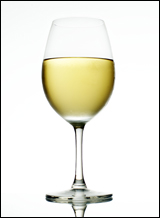 Drinking alcohol during pregnancy has been taboo for some time, largely because drinking too much can cause fetal alcohol syndrome (FAS). Because no one has been able to identify a clear threshold for “safe” drinking during pregnancy, doctors tell women to steer away from alcohol entirely. A series of five studies from Denmark published in BJOG An International Journal of Obstetrics and Gynaecology found that “low” (1-4 drinks per week) to “moderate” (5-8 drinks per week) alcohol consumption in early pregnancy did not harm the neuropsychological development of children evaluated at age five. Drinking more appears to be a different story. In one of the studies, five-year-olds whose mothers consumed higher levels of alcohol (9 or more drinks per week) during pregnancy were significantly more likely to have lower attention spans. The authors of the study do not argue that drinking alcohol during pregnancy is wise or to be encouraged. In fact, most doctors will continue to advise pregnant women not to drink alcohol. is there a middle ground? Perhaps. Deciding to have a sip (or glass) of champagne at a special occasion during pregnancy may not be an unreasonable or unsafe choice–one that each woman has to make for herself, ideally after talking with her obstetrician or midwife about this issue.

Why is it so incredibly hard to quit smoking—even when you are desperate to do so? For some people, the answer may be in their genes. In a report published online in the American Journal of Psychiatry, a team led by Dr Li-Shiun Chen of the Washington University School of Medicine identified a “high risk” version of a nicotine receptor gene that is more common in heavy smokers. Those with the high-risk gene took two years longer to quit smoking. But there was a silver lining: smokers with the high-risk gene were three times more likely to respond to smoking cessation therapies. The study provides hope for even hardcore smokers. However long it takes, quitting is beneficial. In a study published in the Archives of Internal Medicine, quitting smoking reduced the risk of dying—even in people in their 80s. “Even older people who smoked for a lifetime without negative health consequences should be encouraged and supported to quit,” the researchers wrote.

For people who are obese, the operation known as gastric bypass surgery has been hailed as something of a miracle. In addition to rapid weight loss, it can reverse diabetes and reduce the risk of heart disease. A new study reveals potential darker side—an increase in alcohol abuse. In a presentation at yesterday’s annual meeting of the American Society for Metabolic and Bariatric Surgery, researchers reported that almost 11% of nearly 2,000 men and women who underwent gastric bypass surgery (the most common type of obesity surgery) got in trouble with drinking by the second year after surgery. About 7% drank too much before the operation, representing a 50% increase. This finding shouldn’t steer people who could benefit from gastric bypass surgery away from the procedure. But it should prompt them—and their doctors—to be on the lookout for changes in alcohol use or abuse afterward.

The idea that pain relief resides only in a bottle of pills is a common misconception. While medication often plays an important role in quelling pain, there’s a large arsenal of drug-free pain-relief therapies and techniques. The Institute of Medicine estimates that 116 million adults experience chronic pain each year. It has called for “a cultural transformation in how the nation understands and approaches pain management and prevention.” Improved pain management should include a combination of therapies and coping techniques. Other pain-relief therapies include biofeedback, ice, heat, exercise, acupuncture, hypnosis, massage, mind-body relaxation techniques, and more. These techniques can be used alone, in combination, and even in combination with drug therapy. Using non-drug therapies can be an empowering experience. Most of these therapies do not carry the risk of side effects as do most drugs. And many non-drug therapies are self-help techniques you can do by yourself or learn from a therapist.

Results of a study presented at the annual meeting of the American Society of Clinical Oncology in Chicago indicates that an experimental drug combination could be effective against HER-2-positive breast cancer. The new therapy, called trastuzumab emtansine (T-DM1), combines a monoclonal antibody with a potent chemotherapy agent. The combination is exciting because Herceptin guides the cell-killing chemotherapy agent to HER-2 receptors on breast cancer cells. This focused attack targets cancer cells and largely bypasses healthy cells, which the chemotherapy drug would otherwise damage. In the study, which included nearly 1,000 women with HER-2-positive breast cancer that had spread either within the breast or elsewhere in the body, 65.4% of the women taking T-DM1 were still alive after two year, compared to 47.5% of those on standard treatment for this type of cancer. In addition, women on T-DM1 experienced far fewer side effects.

The run-up to Father’s Day should be about more than ties, golf balls, and deciding what to grill on Sunday. Health should also be on the agenda. Men’s Health Week was created by the U.S. Congress in 1994 to boost awareness of men’s health and ways to improve it. It’s a good time for men to contemplate their vigor, fitness, and overall health—and then do something about it. Here are five things you can you do to improve your health. 1) Get moving. 2) Get checked for colorectal cancer. 3) Know your blood pressure. 4) Cut back on sodium in your diet. 5) Don’t ignore warning signs. This week, give yourself the gift of good health. And keep it going beyond Father’s Day.