Beans, the butt of countless flatulence jokes, are often written off as food for poor people, or cheap substitutes for meat. Given what beans can do for health, they should be seen as food fit for royalty—or at least for anyone wanting to get healthy or stay that way. The beans described here are what botanists call legumes, and others call “pulses.” They include black beans, black-eyed peas, garbanzo beans (also called chickpeas), lentils, peanuts, soybeans, and others. Legumes are an excellent source of protein and fiber. They are low in fat. They are also nutrient dense, meaning they deliver plenty of vitamins, minerals, and other healthful nutrients relative to calories. An article in the current Archives of Internal Medicine showed that adding more beans to the diet can help people with diabetes lower their blood sugar. These findings are in line with a growing body of evidence on the health benefits of eating beans. They’ve been linked to reduced risk for heart disease, type 2 diabetes, and colon and other cancers, as well as improved weight control.

Thanks to an aging population and a lot of direct-to-consumer advertising, many American men of a certain age know to ask about the “little blue pill” or similar medications if they develop erectile difficulties. But an ED drug like sildenafil (Viagra) or its competitors may not always be the best place to start. Since ED can sometimes act like the canary in a coal mine for a future heart attack, it should be approached more systematically. A blood test for testosterone is a good first step. If the testosterone level is low, then trying testosterone replacement restores erections and may add more “pep” and more desire for sex in the first place. If that doesn’t improve erections, an ED drug is a next logical step.

With Black Friday upon us, the holiday season is now officially underway. Although the next month or so provides many opportunities to see family and friends, be generous, and spread good cheer, it can also be a difficult time. In a stressed-out heartbeat, the holiday season can morph into the hell-iday season. Deep breathing, meditation, progressive muscle relaxation, and visualization can evoke a state of rest and release. Doing them can slow your heartbeat, calm your breathing, lower your blood pressure, and help you chill out. You can’t necessarily eliminate the seasonal stressors. But you can counter them using mini-relaxation exercises, whether you have 10 minutes to spare or just one minute.

The Thanksgiving holiday began, as its name implies, when the colonists gave thanks for surviving their first year in the New World and for a good harvest. Nearly 400 years later, we’re learning that the simple act of giving thanks is not just good for the community but may also be good for the brain and body. Gratitude helps people refocus on what they have instead of what they lack. By acknowledging the goodness in their lives, expressing gratitude often helps people recognize that the source of that goodness lies at least partially outside themselves. This can connect them to something larger—other people, nature, or a higher power. In the relatively new field of positive psychology research, gratitude is strongly and consistently linked to greater happiness. Although some people may be born with a gift for expressing gratitude, anyone can learn how to do it. And this mental state grows stronger with use and practice. Here are some ways to cultivate gratitude.

Done just right, Thanksgiving dinner can be good for the heart. The bird at the center of the feast was once in line to be our country’s mascot. Benjamin Franklin and other turkey aficionados thought of this fowl as wild, wary to the point of genius, and courageous. When cooked, it has another excellent quality—turkey meat is much easier on the heart than many other holiday main courses. Other mainstays of traditional Thanksgiving feasts, like cranberries, sweet potatoes, pumpkin, and pecans, are healthy on their own, but tend to lose their virtue by the company they keep (butter, brown sugar, whipped cream, marshmallows, and more). If you’re set on a traditional dinner, alternative recipes abound for healthier stuffing, vegetables, and desserts. You can also start your own traditions. After all, today’s Thanksgiving dinner bears little resemblance to the original feast. 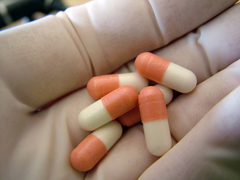 It’s easy to think of doctors as paragons of the health and wellness they try to restore in their patients or help them maintain. Some are, and some definitely aren’t. One in 10 physicians develop problems with alcohol or drugs at some point during their careers. Those who admit they have an addiction to alcohol or drugs, as well as those who slip up and get reported, usually have to go through an intense substance abuse program before they can practice medicine again. Such physician health programs are pretty effective, helping around 80% of doctors recover from their problems. But these programs raise some ethical questions, according to Harvard Medical School’s J. Wesley Boyd and John R. Knight, who wrote a review of physician health programs in the Journal of Addiction Medicine. They should know, having spent a total of 20-plus years as associate directors physician health programs.

Do you have trouble sleeping? If you’re carrying extra pounds, especially around your belly, losing weight and some of that muffin top may help you get better ZZZs. So say researchers from Johns Hopkins University School of Medicine, who presented their findings at this year’s annual meeting of the American Heart Association. In a six-month trial that included 77 overweight volunteers, weight loss through diet plus exercise or diet alone improved sleep. A reduction in belly fat was the best predictor of improved sleep. Among people who are overweight, weight loss can reduce sleep apnea, a nighttime breathing problem that leads to frequent awakenings. Exercise has also been shown to improve sleep quality. Despite what thousands of websites want you to believe, there are no exercises or potions that “melt away” belly fat. Instead, the solution is old-fashioned exercise and a healthy diet.

Last week, Americans reelected President Obama and returned a Democratic majority to the Senate. How that will affect the economy, foreign policy, and other aspects of government remain to be seen. One thing we can say for certain—it pulls the Affordable Care Act (ACA) out of limbo. The President’s re-election means we can expect to see the ACA implemented. Some popular elements of the law are already in place: allowing children to stay on their parent’s health coverage until age 26, and allowing for cost-free preventive services. Other more complicated aspects of the ACA remain to be realized. These include the establishment of state-run exchanges through which the millions of uninsured Americans covered by the ACE can buy health insurance; extension of eligibility for Medicaid to Americans who earn less than 133% of the poverty level; and innovations to improve the how health care is paid for and delivered while improving care and lowering costs.

Therapy dogs provide comfort and support. They must be social, gentle, and enjoy getting and giving physical affection. My therapy dog, Maps, has those qualities in spades. They also must be well behaved and respond to their handlers, neither of which applied to Map when I got him as a puppy. After many therapy dog classes and a lot of practice, we learned. After two years of training, Map became a certified therapy dog. He shines when he is in his blue training coat visiting a preschool. He loves to see the kids and to work with me. How does Map help kids? His presence somehow lets children open up to learning. He offers kids a way to feel more whole in the face of physical illness or disability. He can also help children heal from emotional pain. Like any great therapist, Map knows how to listen and how to help children help themselves.