Two new studies, one from the United Kingdom and one from Seattle, show that people with lower back pain may get some relief by regularly doing yoga. In the British study, yoga classes were more effective than standard care at improving “back function,” meaning it reduced back-related problems that interfered with everyday activities like walking, standing, climbing stairs, and so on. In the Seattle study, yoga was just as good as special stretching classes designed for people with low back pain. In the real world, it’s probably easier to find a yoga class than a stretching class designed specifically for low back pain. While yoga is generally safe, if you want to use it to treat something like low back pain, talk it over with your doctor first—in both studies, yoga made back pain worse for a small percentage of people.

The new fields of pharmacoepidemiology and pharmacoeconomics aim to understand how people use medications and how effective—or ineffective—medications are. A leader in this area is Dr. Jerry Avorn, chief of the Division of Pharmacoepidemiology and Pharmacoeconomics at Brigham and Women’s Hospital in Boston and professor of medicine at Harvard Medical School. In a recent issue of the Harvard Health Letter, editor Peter Wehrwein spoke with Avorn about generic drugs, the pharmaceutical industry, the high cost of cancer drugs, and more.

For the past five years, the Centers for Disease Control and Prevention (CDC) has recommended that all girls and young women be vaccinated against the human papillomavirus (HPV), a sexually transmitted virus that is a key cause of cervical cancer. Members of a CDC advisory panel have now voted unanimously that boys and young men should also get the vaccine. Vaccinating boys and young men against the virus will help prevent its transmission to women, and will also help prevent some of the 7,000 HPV-related cancers that occur in men each year, including cancers of the penis, anus, head, neck, and throat. HPV also causes genital warts in both men and women. The vaccine works best when a child gets it before he or she becomes sexually active.

In most people, blood pressure begins to rise just before getting out of bed in the morning, and reaches its peak around mid-day. It falls during sleep, reaching its lowest point of day between midnight and 3:00 or 4:00 am. This drop is sometimes called “dipping.” But people with high blood pressure often have little or no decrease in their blood pressure at night. One possible reason for this is blood pressure medicines taken around breakfast time have worn off. That oft-quoted passage doesn’t A new study suggests that taking blood pressure drugs at night might improve blood pressure and prevent more heart attacks and strokes than taking the same medications during the day.

For many men, trouble getting or keeping an erection, formally known as erectile dysfunction, is often an early warning sign of heart disease or other circulatory problems. Atherosclerosis, the same disease process that clogs coronary arteries with cholesterol-filled plaque, does the same thing to the arteries that supply blood to the penis. Since an erection depends on extra blood flow to the penis, any obstructions can prevent an erection from occurring. According to Erectile Dysfunction, a Special Health Report from Harvard Medical School, blood vessel problems are the leading cause of erectile dysfunction and serve as an early warning sign of trouble in the heart or elsewhere in the circulatory system. Simple lifestyle changes like losing weight, exercising more, or stopping smoking can improve erections, as can Viagra and other erectile dysfunction drugs, devices, and sex therapy.

Heart disease, stroke, diabetes, asthma, osteoporosis and other common chronic diseases are often blamed on genes, pollution, or the wear and tear caused by personal choices like a poor diet, smoking, or too little exercise. An intriguing hypothesis is that these and other conditions stem from a developing baby’s environment, mainly the womb and the placenta. During the first thousand days of development, from conception to age 2, the body’s tissues, organs, and systems are exquisitely sensitive to conditions in their environment during various windows of time. A lack of nutrients or an overabundance of them during these windows, so the thinking goes, programs a child’s development and sets the stage for health or disease.

Americans are taking antidepressants in astounding numbers. According to a report released yesterday by the National Center for Health Statistics (NCHS), the rate of antidepressant use in this country among teens and adults (people ages 12 and older) increased by almost 400% from the early 1990s to the mid 2000s. The federal government’s health statisticians figure that about one in every 10 Americans takes an antidepressant. Antidepressants were the third most common prescription medication taken by Americans in the study period. Antidepressant use was higher in women than men, and in whites than blacks or Hispanics. 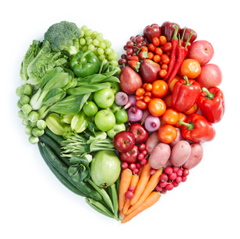 Your kitchen cabinets—along with your pantry, refrigerator, and grocery list—are probably more important than your medicine cabinet for maintaining or improving your heart’s health. That’s because what you eat influences many of the things that contribute to heart disease, including high blood pressure, high cholesterol, diabetes, inflammation, and electrical instability and function of the heart. The foods you choose can make these factors better, or worse. Healthy Eating for a Healthy Heart, a newly revised Special Health Report from Harvard Health Publishing, details a heart-healthy eating plan that you can follow for the rest of your life—while still enjoying the foods you eat. Some of the best choices include fish, vegetables, and whole grains. Healthy Eating for a Healthy Heart also includes 39 recipes of healthy, delicious, and easy-to-make foods.

Thirty-five years ago, Dr. Herbert Benson defined and tested the relaxation response. This simple method for quieting brain activity slows the body’s processes and induces a feeling of well-being. Both have measurably positive effects on disorders caused by stress or made worse by it, including high blood pressure, abnormal heart rhythms, and many digestive disorders. In a recent lecture at Harvard Medical School, Dr. Benson described the technique and talked a crowd through it. Inducing the relaxation response is simple: Sit in a quiet place with your eyes closed. Relax your muscles and silently repeat a word, phrase, sound, or short prayer of your choosing over and over. When stray thoughts interfere (as they will), let them come and go and return to your word, phrase, or sound. Doing this daily can help ease stress.

For the first time, the U.S. Preventive Services Task Force recommends that healthy men avoid getting regular prostate cancer screening tests.  The new recommendation, which conflicts with existing recommendations from the American Urological Association, has sparked controversy among experts and confusion among patients. Harvard’s Ann MacDonald, Editor of the Annual Report on Prostate Diseases, offers […]