Jeremy Samuel Faust, MD MS MA, is an emergency physician at Brigham and Women’s Hospital and an instructor at Harvard Medical School. He completed his residency training at Mount Sinai Hospital and Elmhurst Hospital Center in New York, after graduating from the Mount Sinai School of Medicine (MD, MS in Biomedical Sciences).

He is the cohost of FOAMcast, an award-winning free medical education podcast bridging core emergency medicine content with cutting-edge topics, which has been downloaded nearly 2 million times. He is a frequent contributor to Slate, has published essays in the New York Times, The New York Daily News, and Mother Jones and has appeared on the Rachel Maddow Show (MSNBC) and The Takeaway (Public Radio International/WNYC/WGBH). He serves on the editorial board of the Annals of Emergency Medicine and ACEP Now, and has served as a content editor for the New England Journal of Medicine Resident 360 Series.

He graduated from Williams College with Honors in Music and holds a Masters Degree in Music Composition and Theory from UC Davis. He is the associate conductor of the Longwood Chorus (an ensemble of medical professionals and students) and serves as board president of the Grammy-award winning vocal ensemble Roomful of Teeth. His wife Kate Taylor is a Metro reporter for the New York Times. Their baby daughter Maya is awesome. Follow him on Twitter @JeremyFaust. 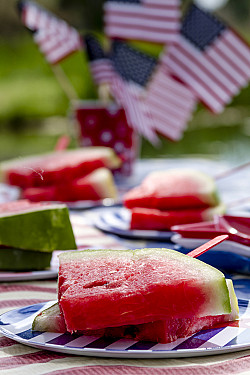 4th of July: Holiday or hazard?