Myalgic encephalomyelitis/chronic fatigue syndrome (ME/CFS) is a complicated illness characterized by at least six months of extreme fatigue that is not relieved by rest, and a group of additional symptoms that also are constant for at least six months. In many people with chronic fatigue syndrome, the disorder begins suddenly, often following a flulike infection or an episode of physical or psychological trauma, such as surgery, a traumatic accident or the death of a loved one. In other cases, chronic fatigue syndrome develops gradually. The illness lasts for many months or years, and only a small percentage of people recover full health.

Many people feel tired a lot of the time, and many seek help from their doctors. Most people who experience chronic (long-lasting) fatigue are not suffering from chronic fatigue syndrome. Depression and overwork are much more common causes of chronic fatigue.

The exact cause of chronic fatigue syndrome remains a mystery. The illness can follow a number of common infectious illnesses, such as Lyme disease or infectious mononucleosis, but not all cases are tied to infections. Testing has found that people with chronic fatigue syndrome have abnormalities in the brain, particularly in the hypothalamus (a part of the brain that regulates hormones and vital functions) and the pituitary gland.

Testing also has found that patients have abnormalities in the part of the nervous system called the autonomic nervous system, which controls blood pressure, heart rate, body temperature and other vital body functions. For example, many patients with chronic fatigue syndrome have an unusually high heart rate and low blood pressure when they have been standing for a while.

Many different tests of the brain, and of the autonomic nervous system, reveal abnormalities that are not seen in healthy people of the same age, or in people with other conditions that can cause fatigue, such as depression.

In the United States, federal health authorities estimate that chronic fatigue syndrome affects 1 to 8 of every 1,000 Americans older than age 18. Women are affected about three times as often as men. Although the illness is most common in people 25 to 45 years old, chronic fatigue syndrome can attack people of all age groups, including children. The condition also is found in people of all racial, ethnic and economic backgrounds. It appears to be more common in African-Americans and Latinos, and in people in lower socioeconomic groups. It appears to be less common in Asian-Americans. Studies from the U.S. Centers for Disease Control and Prevention (CDC) and other research groups estimate that the United States loses as much as $25 billion each year in reduced productivity and medical expenses due to chronic fatigue syndrome.

Many people infected with the SARS Co-V2 virus that causes COVID-19 have developed long-lasting symptoms, including symptoms consistent with ME/CFS.

The most prominent symptom of ME/CFS is an unexplained feeling of fatigue, which is not relieved by rest. However, many other medical conditions cause marked fatigue.

To better identify people with ME/CFS, diagnostic criteria should include these four types of symptoms:

Many people with ME/CFS also experience additional symptoms, including:

Although there is a lot of evidence that chronic fatigue syndrome is caused by a physical problem involving the immune system, energy metabolism and the nervous system, there is no laboratory test or procedure to confirm the diagnosis. Today, the diagnosis of ME/CFS is based on the presence of the four major symptoms noted above.

Your doctor will also want to consider other possible reasons for your symptoms, such as:

To be diagnosed as ME/CFS, symptoms must last for at least six months. Unfortunately, in many people, symptoms persist for years. Symptoms tend to be worse in the first one to two years, and level of functioning gradually improving over time. However, only a small percentage of people recover to full health.

There are no specific actions a person can take to prevent ME/CFS.

There is no FDA proven treatment for ME/CFS. However, clinician acknowledgement of the patient’s condition as ME/CFS and symptom guided approaches can improve quality of life.

In general, doctors use a combination of the following:

When To Call a Professional

Call your doctor if you have symptoms of chronic fatigue syndrome, especially if extreme fatigue prevents you from fully participating in activities at home, work or school.

People with ME/CFS usually experience their most severe symptoms in the first one to two years of illness. After that time, a small number of people recover totally, and a smaller number become totally incapacitated. For most people, there is gradual improvement, although they usually do not achieve the level of activity they were capable of before becoming ill. Recovery tends to be less likely among people who:

Medline Plus, from the National Institutes of Health/National Library of Medicine
http://medlineplus.gov/ 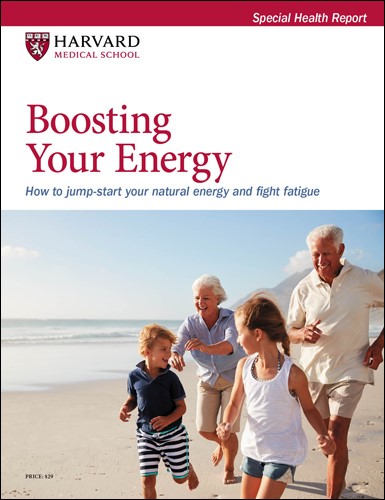